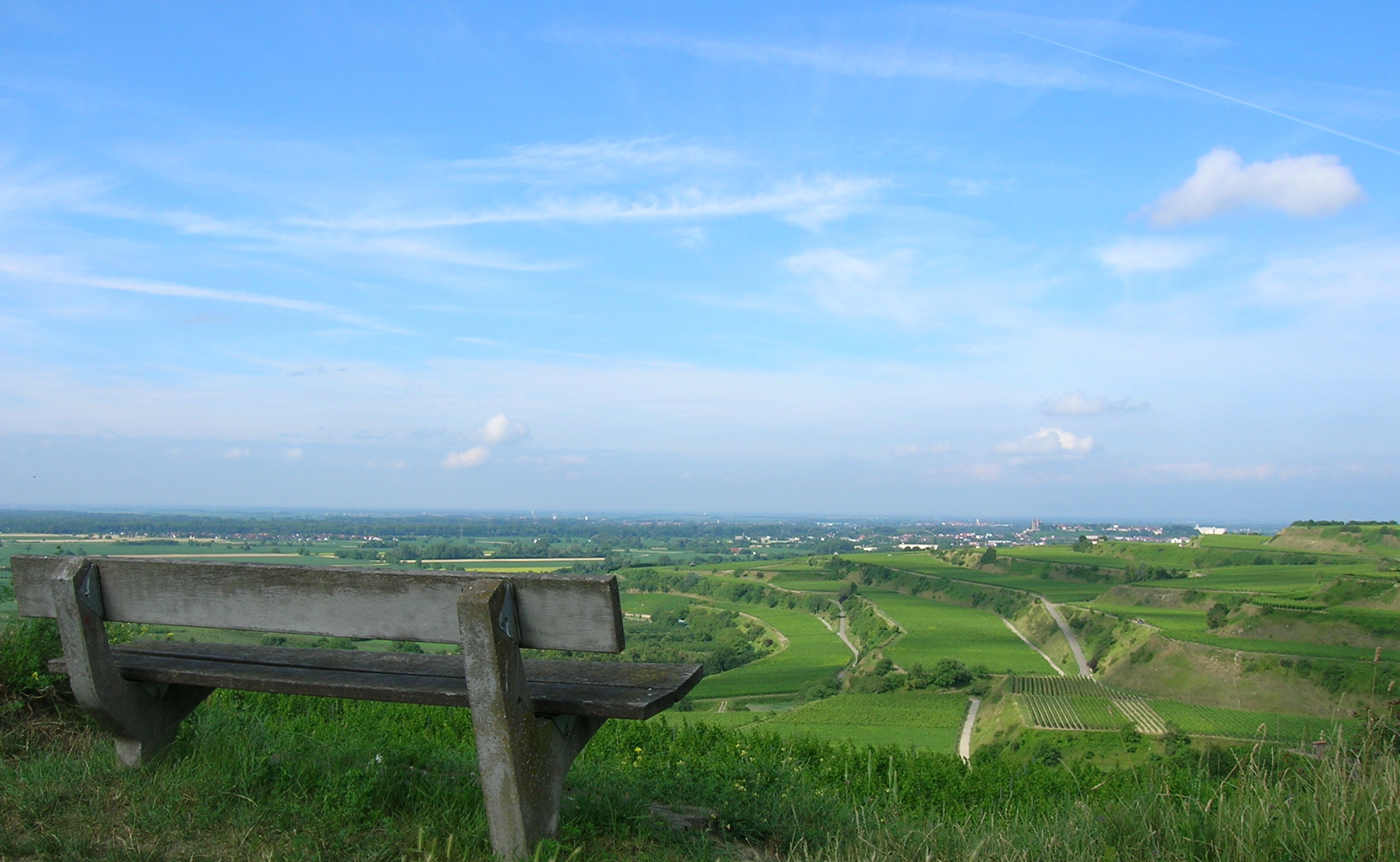 The mountains of the Kaiserstuhl and his little brother the Tuniberg in the Rhine Valley look like little islands.

More than 20 million years ago, volcanic events at the time of the convergence of two earth plates have created the Kaiserstuhl from a fault. You won’t be able to find its crater as the elevations result of the appearance of lava. The magmatic masses from the depths shaped the Kaiserstuhl and gave it its actual form. Beside its volcanic origin, the Kaiserstuhl is well known for its yellow appearance, which is due to the so-called Loess. Loess is not of volcanic origin, but rather an aeolian sediment which ranks among unconsolidated rocks, which deposited itself on elevations in the Rhine Valley due to drifts. In some parts, the layer of Loess can be from 30 to 60 meters thick. A particularity of these unconsolidated rocks is the capacity of the soil to absorb and release water, which leads to its fertility and allows a good penetration for the plant roots. Loess soils are an optimal hideaway for viniculture and fruit-growing. The climatic attributes are perfect, warm summers and mild winters. A Mediterranean climate, which during spring already, lets summer feelings emerge. Snow still lies on the Schwarzwald when the first almond and cherry trees bloom. An interesting scenery for photographers.

One particularity of the landscape of the Kaiserstuhl is its numerous historical loess hollow paths, which are protected as natural monuments. They are witnesses of the old cultural landscape and originated where man and cattle pulled carriages and downpours flushed the ground down loess downhill.

A special builder works there since many years: the bee-eater. He uses the Loess hollow-walls to bring up his hatchlings. This bird, who spends the winter in Africa, finds an optimal living space in the hollow paths and scarp slopes to build his nest and bring up his chicks. The bee-eater comes in May and leaves the Kaiserstuhl at the beginning of September.

The many bees and wasps also place their offspring into the self-dug holes in the Loess scarp slopes. For the Bee-eater, whose name already tells what he likes to eat most, is the high occurrence of bees and insects at the Kaiserstuhl perfect. Beside the (for our geographic region rare) Bee-eater, other warmth loving animals can also be found here. For example the green lizard or the mantis, but also rare butterflies and grasshopper have found their habitat in the Kaiserstuhl. Plant lovers can discover a whole world of sub-Mediterranean plants: almond trees, prickly pear plants, diverse wild herbs and of course a rich variety of orchids. Alone 36 types of wild orchids can be found on the grassland in the woods.